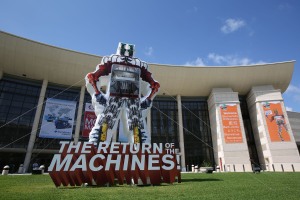 Any trade show the size of something like last week’s NPE2012 in Orlando, FL, clearly needs at least a few days to see with any real measure of thoroughness. I had a whole six hours.

While I was in town the day before to attend the ICE USA 2013 Steering Committee meeting, I had to leave by a day later to get the next issue of Converting Quarterly off to my art director and managing editor. Consequently, here’s my brief—but hopefully helpful—review of some important developments on display at NPE2012.

Dow Performance Packaging and Nordmeccanica collaborated with a joint exhibit of an adhesive lamination with high-clarity film. The outside skin of the lamination film was a blend of two Dow LLDPEs. The subskins were composed of ELITE™ 5940G polyethylene for a balance of stiffness and toughness, a Dow LLDPE for toughness in the core without optics impact, and the interior sealant was SEALUTION™ 210, the newest of Dow’s peelable sealant offerings targeted at high-clarity, easy-opening applications. The film was laminated to reverse-printed, 0.5-mil PET with new MOR-FREE™ fast-curing adhesive. No detectable amine levels are achievable in as few as two days, depending on extraction temperature and film construction, and further processing is possible within a shift, Dow says. The lamination was made on the Nordmeccanica SUPER SIMPLEX™ laminator, which is capable of 1,200-fpm speeds. 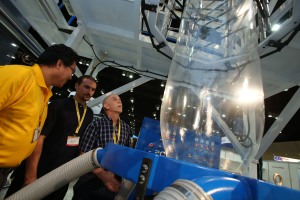 Gloucester Engineering Co. (GEC) displayed a range of blown and cast film, sheet and foam extrusion products, including an improved 4180 bag machine. At the show, Leon, Mexico-based Grupo REYMA placed a US$6 million order for four new monolayer polypropylene sheet lines, which will go into the company’s Nogales plant. 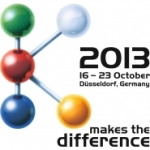 Want more plastics-extrusion technology? Stay tuned for the next installment of the K Show, set for Oct. 16-23, 2013, at the Fairgrounds in Düsseldorf, Germany.